Human Leadership For The New World Of Work

Mark Edgar is a people-centric, strategic and innovative consultant, facilitator and coach with global experience developing and delivering impactful and business focused people strategies across a range of sectors. He has over 25 years’ experience building HR solutions across the broad HR agenda including transformational change, talent management, engagement and organizational effectiveness.

Most recently Mark worked for RSA for over 8 years in the role of CHRO with overall responsibility for HR and Communications for the Canadian business. Previously, he was based in the UK as Head of Human Resources within Centrica Plc; a major energy company operating in the UK under the British Gas brand. He has also worked for BSkyB, a TV, broadband and phone company, in an HR role responsible for their operational business units and customer facing teams.

Mark lives in Canada with his wife and two daughters and spends his time playing, coaching and watching soccer – or what he calls football! 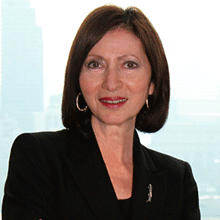 Recognized as one of the world’s leading privacy experts, Dr. Ann Cavoukian served an unprecedented three terms as the Information & Privacy Commissioner of Ontario, Canada. There she created Privacy by Design, a framework that seeks to proactively embed privacy into the design specifications of information technologies, networked infrastructure and business practices, thereby achieving the strongest protection possible. In 2010, International Privacy Regulators unanimously passed a Resolution recognizing Privacy by Design as an international standard. Since then, PbD has been translated into 40 languages.

Dr. Cavoukian is the author of two books, “The Privacy Payoff: How Successful Businesses Build Customer Trust”, with Tyler Hamilton, and “Who Knows: Safeguarding Your Privacy in a Networked World”, with Don Tapscott.

The numerous awards she has received which recognize her leadership in privacy include: being named as one of the Top 25 Women of Influence in Canada, among the Top 10 Women in Data Security and Privacy , one of the ‘Power 50’ by Canadian Business, one of the Top 100 Leaders in Identity; the Meritorious Service Medal by the Governor General of Canada for her outstanding work on creating Privacy by Design and taking it global (May, 2017); being named as one of the 50 Most Impactful Smart Cities Leaders, (November, 2017), among the Top Women in Tech, (December, 2017). Most recently, she was awarded the Toastmasters District 60 Communication and Leadership Award, (April, 2018). 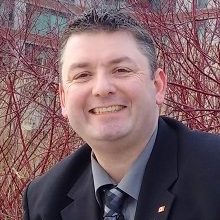 Rich has been successfully delivering change for over 25 years. He has consulted, coached and educated with organizations across all parts of the globe and regularly reflect on his legacy in developing the change delivery model for UK government, He is a founding member of the Association of Change Management Professionals (ACMP) and was founding president of the Toronto Chapter for 6 years. He has also founded the Toronto Change Days conference, based on the highly successful Berlin Change Days, a hands-on weekend of fun learning about change unlike any other change conference in North America!

He has a masters in change management and is certified in Project Management, Process improvement, Facilitation, HR, Coaching, Counseling and Psychotherapy. He is also a Certified Lego® Serious Play® Facilitator & Workshop Designer, Certified in facilitating organizations through uncertainty and complexity and an accredited emotional culture deck “elephant rider” !

His presentation delivery is known for its passion and direct challenges to the audience. He enjoys the opportunity to disrupt traditional thinking, bring humour to the learning space and enable curiosity to take control of the change space for everyone. 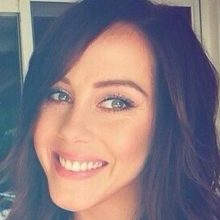 Danielle Tasson is an experienced leader in change management, talent and organizational effectiveness consulting, with over 10 years of experience leading and partnering with clients through complex, transformational change.

She has worked across industries to develop innovative solutions for large-scale problems using methods tailored to her clients’ needs. Her work has included building and executing strategy for new technologies and business transformations, regulatory change support, learning, talent and culture strategies and introducing new and emerging ways of working. She regularly provides advisory services in Change Agility methodology, people-first transformation, the future of work and advancing talent capabilities to adapt to emerging technology advances such as AI.

Danielle is a certified Change Manager, ScrumMaster and Prosci practitioner. She is an accomplished speaker on local change management conference circuits and regular facilitator at local technology meet-ups. 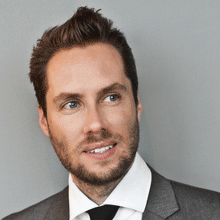 Jeremy Gutsche is an award-winning innovation expert, a New York Times bestselling author, "one of the most sought-after keynote speakers on the planet" (The Sun Newspaper) and the CEO of Trend Hunter -- the world's #1 trend website and innovation consultancy, with over 3 billion views and 10,000 projects completed. His team is relied on by 700 brands, billionaires and CEOs to predict and create the future, including Google, Sony, Disney, Starbucks, Coca-Cola, IBM and Adidas. His newest book, Create the Future, was released on March 10, 2020. 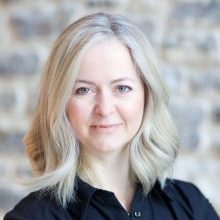 Krista is a Co-Founder and Managing Partner at Harbinger. She has over two decades of experience in Organizational Change Management (OCM), Training & Adult Learning, Business & Leadership Coaching, and Project Management with both the Private and Public sectors. Her experience comprises large technology/ERP implementations, as well as process and organization re-designs for pharmaceutical, manufacturing, transportation, financial services and insurance as well as housing/property development industries.

Her work with global entities, mid-market companies and local family-run businesses has included the implementation of corporate development strategies, continual service improvement and end-to-end project learning initiatives. In her roles as coach and facilitator to leaders and teams, Krista has assisted leaders in clarifying their vision for their organization, and transitioning the vision to actionable behaviours and defining accountabilities, competencies and outcomes that enable organizational results.

Prior to co-founding Harbinger, Krista began her consulting career working for OmniLogic/PricewaterhouseCoopers Consulting and IBM as a Senior Managing Consultant. Krista is PROSCI, CTDP Sr., PCC, ITIL and PMP certified.

In her spare time Krista loves to read, spend time outdoors and appreciates a nice glass of wine. 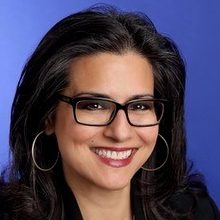 An experienced senior leader and seasoned consultant with 25+ years of experience from across Canada’s Fortune 100 private and public sector companies advising C-suite executives undertaking complex organization transformations bringing a passion for driving alignment between the work ‘environment’ and work ‘force’ to achieve strategy, navigate complex human dynamics, elevate the workplace experience, and deliver results. Soula has held senior and leadership roles within both corporate and consulting organizations and has honed her personal brand as a leader, influencer, and builder of all things related to advancing the human experience in the world of work. 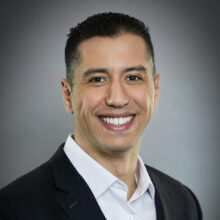 With his 20+ years Technology experience and passion for people and leadership, Mohammed is continuously exploring how Technology has shifted the nature of work and the critical role the HR function plays with people and culture strategies to enable business success in a digital economy. 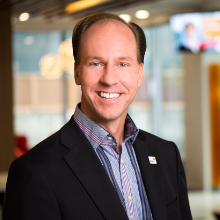 Carl has been with PwC for more than 27 years and has enjoyed a variety of senior leadership roles. As a partner for the last 16 years, Carl has led service teams with an exceptional track record spanning multiple industries. Due to high demand, Carl now spends his time as a Lead Partner on some of PwC’s largest national (and global) priority clients. He is a member of PwC’s Culture and Values leadership team, has held extensive Human Capital leadership roles and is the developer of PwC’s service offering around enhanced Emotional Intelligence – helping PwC, and its clients, gain a stronger understanding about how to increase one’s capacity to cope (given the ever growing external demands and the never ending quest to do more with less) and empowering us to thrive in our chosen areas of focus. He has been PwC’s National Partner Coaching Leader (from 2005-2009) where he led a faculty of professional external coaches, has sat on several of PwC’s global steering committees and was a founding member of both the PwC Charitable Foundation and PwC’s Women in Leadership programs. Carl’s coaching leadership role afforded him the opportunity to work with some of the Olympic athletes that they sponsor (and in turn, some of their coaches)…all of which led to his compulsion to want to share what he has learned in this space (regarding leadership development and Emotional Intelligence). Carl is also PwC’s National Client Experience leader and responds, when he can, to the numerous ongoing requests to be a keynote speaker (around emotional intelligence and its importance to effective leadership). Carl has travelled the world providing talks and facilitating workshops that involve culture change, emotional intelligence and leadership acumen. Having helped numerous global companies, not-for-profit organizations and Professional Associations alike, he has travelled all across Canada and the United States and to Rome, Switzerland, Germany, London, Chile, South Africa and Australia. As he often says, it is his privilege and pleasure to serve wherever needed. 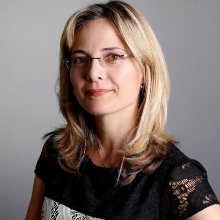 Samantha has integrated the science of applied positive psychology to organisational initiatives in several industries (banking, tech, professional services, health sciences) with the mission of wanting to help individuals and organisations optimize their performance and flourish. Samantha was a regularly Featured Speaker for the Oracle Womens Leadership Group (Canada) where she created a 10-part speaking series, and in 2018 was nominated for the Top Women Award for bringing positivity to the organisation. She recently gave a presentation to global executives on Positive Leadership during COVID-19. 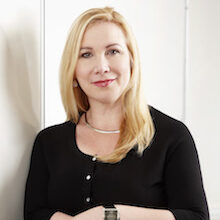 Professor and Founder of the Diversity Institute at Ryerson University

Dr. Wendy Cukier is a Professor of Entrepreneurship and Strategy, and Founder of the Diversity Institute at Ryerson University. She is the co-author of the bestseller, Innovation Nation:Canadian Leadership from Java to Jurassic and former VP of Research and Innovation. The Diversity Institute has 50 research staff, 100 research associates from around the world, 200 industry partners and focuses on dimensions of diversity and inclusion in the workplace, future skills, and entrepreneurship and innovation. Harnessing the power of innovation, it promotes the advancement of underrepresented groups. The Diversity Institute is also a research lead for the $300 million Future Skills Centre and the $8.6 million Women Entrepreneurship Hub.

Wendy has been recognized with the Harry Jerome Diversity Award, the Bob Marley Award, the Canada-Pakistan Business Council’s Female Professional of the Year, the Metropolis ResearchAward, the CATA Alliance, Sara Kirke Award for Entrepreneurship and Innovation and 100 MostPowerful Women by WXN. She has been named a YWCA Woman of Distinction, a Woman of Influence and one of the "100 Alumni who shaped the Century" by the University of Toronto. Wendy holds a PhD, an MBA, an MA, and honorary doctorates from Laval and Concordia.
0 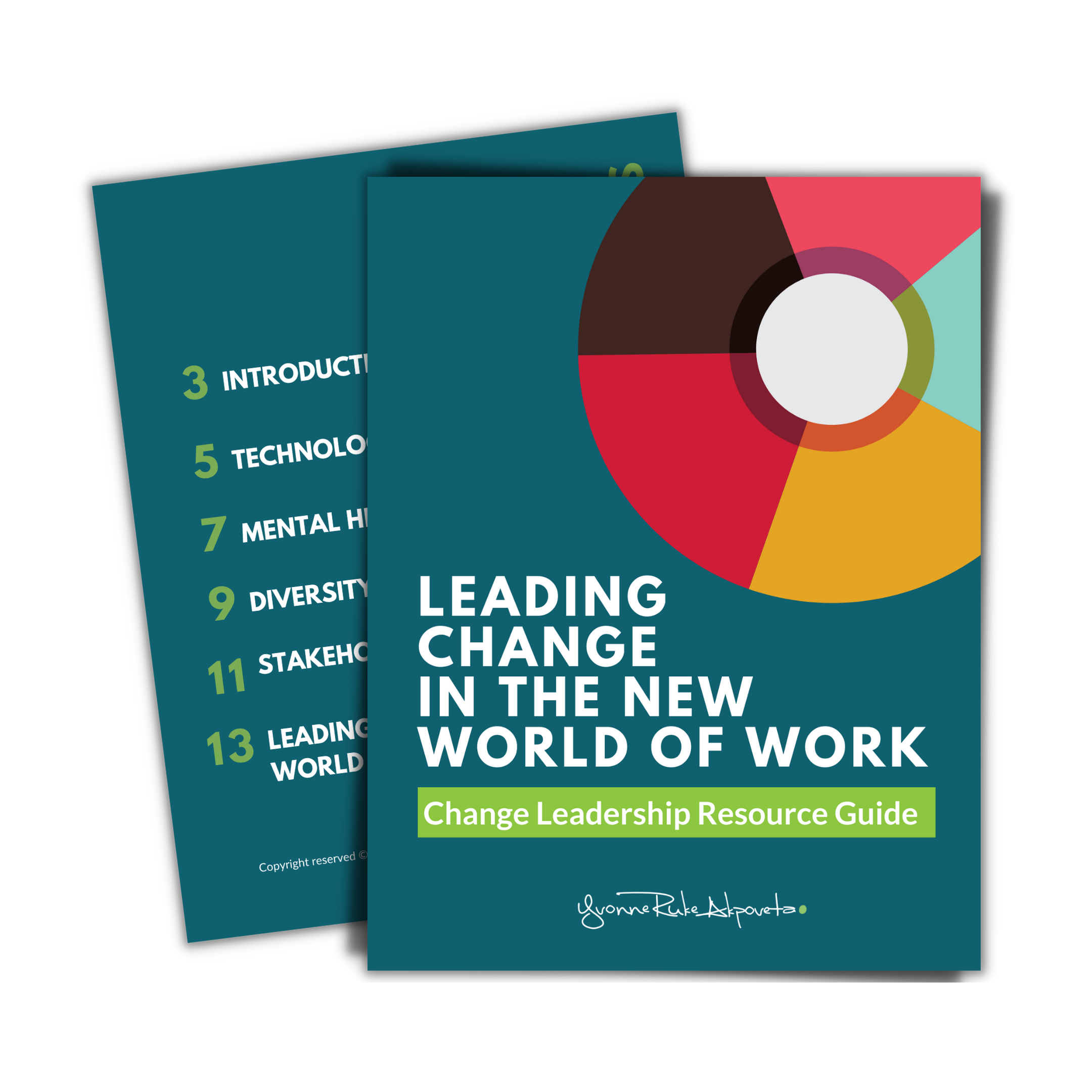